SCOTLAND, Texas: When most milk lovers enjoy a scoop of ice cream, melted cheese from a burger, or the cream they add to coffee, they don’t usually think about where this milk came from and how it came out from farm to table.

What you need to know

The fourth-generation dairy farmer, Adam Wolf, is not one of those people. He knows what work was done to make the delicious products so enjoyable.

Wolf grew up working with his parents Frank and Joyce Wolf’s Scot-Tex Dairy in Scotland, Texas. He said he always had a passion for agriculture, but that he had no plans to follow in his father’s footsteps to make a living as a milk producer. That changed after he graduated with a degree in science from Texas A&M University. He realized he wanted to follow the family tradition, but he had dreams of doing it differently.

Wolf, however, is doing very different things from how his father did it thanks to advances in milking technology. At 30, Wolf is now the proud owner of one of the state’s first robotic dairies.

“We currently have twelve robots in this barn that milk about sixty cows three times a day,” Wolf said.

Wolf opened its doors at Wolf’s Legendairy in the fall of 2019. The robotic barn, as he calls it, is an impressive facility with more than 700 cows. It began to adapt to the herd being milked by a robot instead of a human in October 2020. 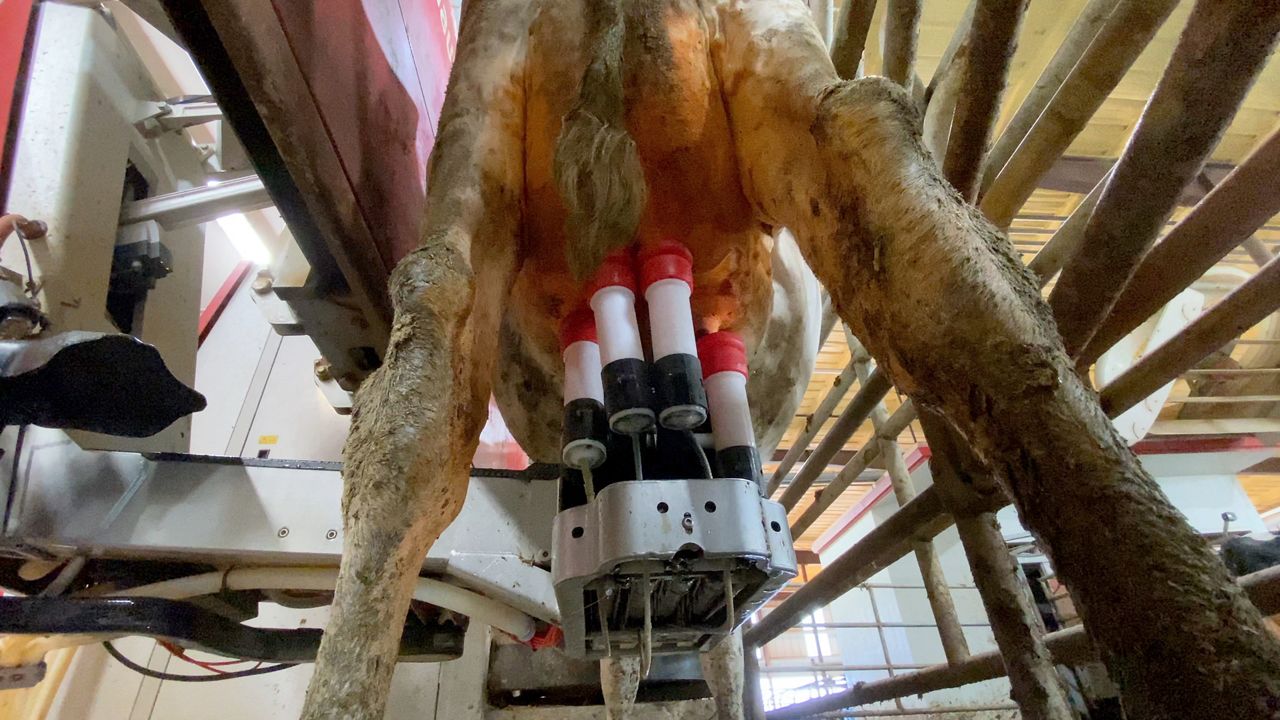 The photo shows a cow milked by robotic technology at Wolf’s Legendairy in Scotland, Texas. The dairy facility with 12-stop robot stations opened in October 2020 as one of the first robotic milking operations in the state. (Spectrum News 1 / Lupe Zapata)

Wolf’s new robotic dairy facility is one of three in Texas that currently use this type of technology. Wolf said incorporating this state-of-the-art technology has been rewarding for the comfort he believes it brings to his cows.

“The robot identifies each cow,” Wolf said. “We now have this robotic arm that uses lasers to find where the teats are.”

The robotic arms meet the cow once it has entered a milking station, and then clean the cow’s teats twice before milking it. 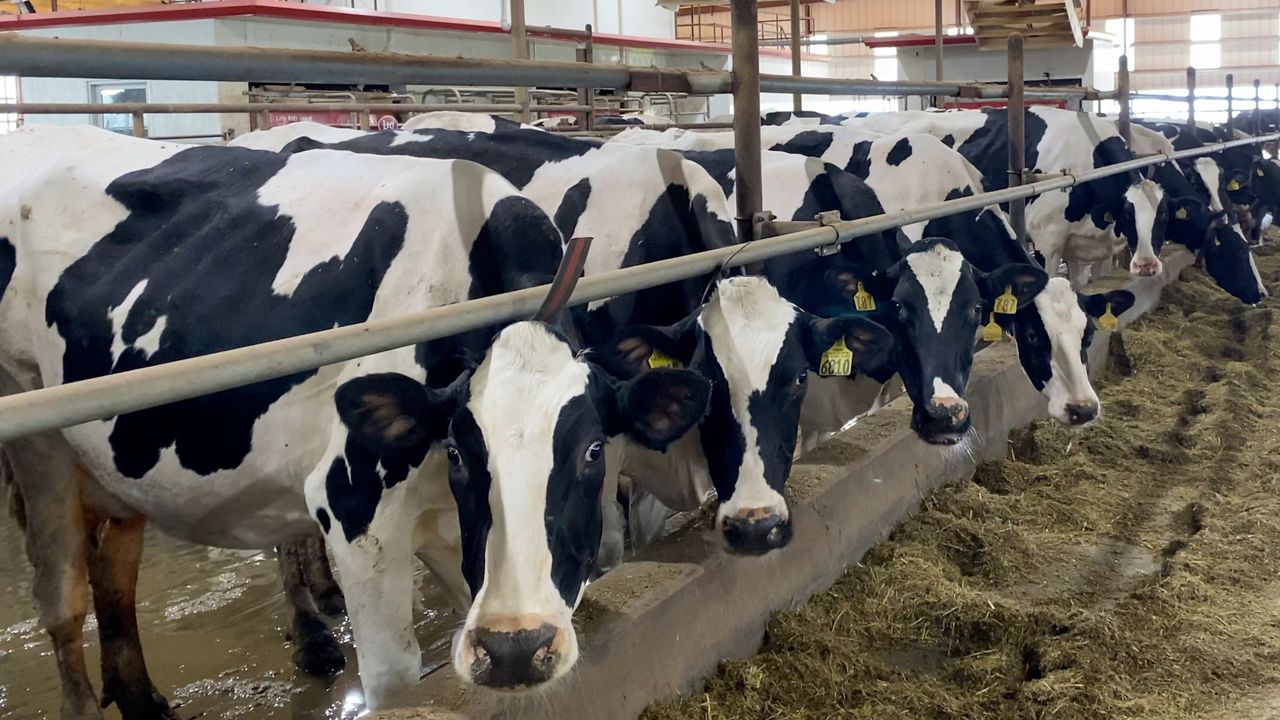 After connecting the cow, the fresh milk enters a refrigerated tank and is sent, ultimately becoming sour cream from the Daisy brand. Those who love sour cream buns at Chipotle restaurants here in Texas may appreciate Adam’s cows, because they probably come from Legendairy.

“Another neat thing is just the behavior of the cows,” Wolf said. “My cows in this barn are not afraid of humans. They don’t turn around and run away, they want to see ‘hey, what’s up, come and pet me, let me lick you’ “.

He says this is the result of providing cows with designed comfort. The system is fully automated and cows can choose when they want to milk them.

“Some cows decide to milk twice a day and others milked about five times a day. It’s just your personal preference, ”Wolf said. 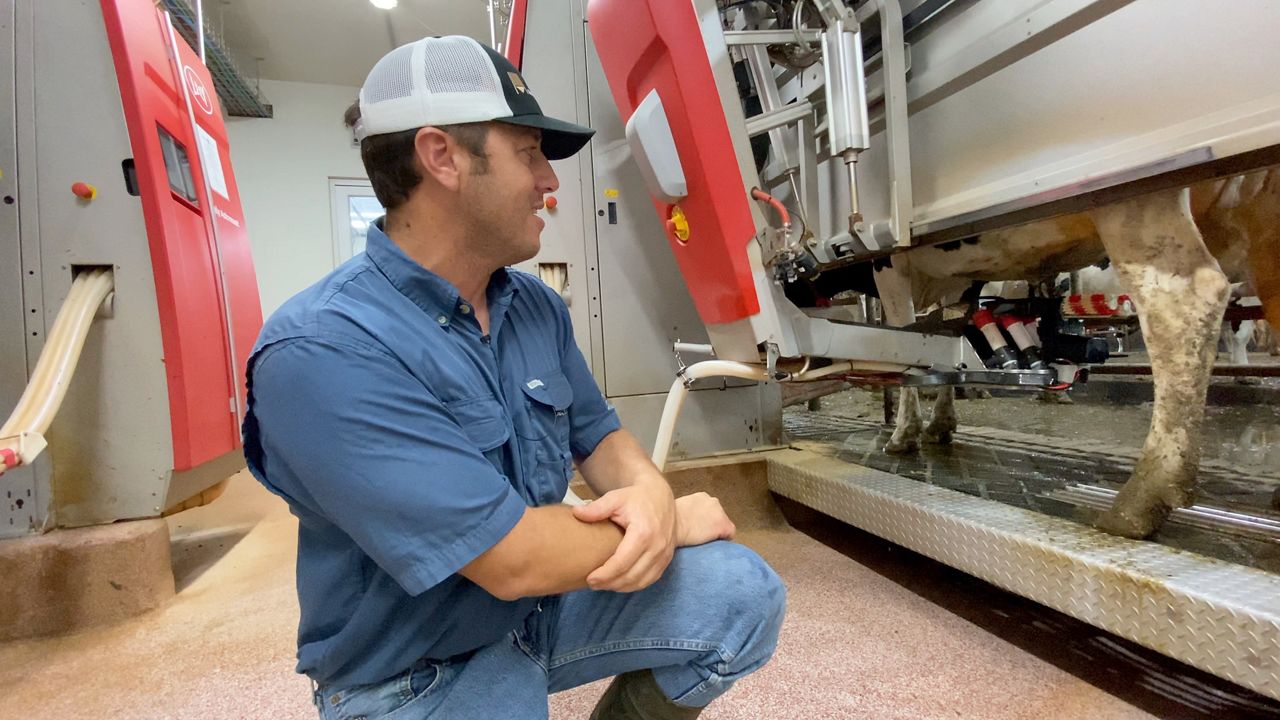 Wolf’s friend and executive director of the Texas Dairy Association, Darren Turley, said such operations are the future of the dairy industry.

“Our dairy industry continues to shrink in numbers,” Turley said. “We go down to 333 dairies, we continue to increase our production, but there are very few people who do not need hands of milk and no one is there 24 hours a day, seven days a week to milk the cows as in our normal facility . ”

According to Wolf, in 2016 there were 450 dairies operating in Texas. Wolf said half of them have been lost over the decade.

He believes that using technology is the only way to continue to thrive in this industry.

A recent report from the International Dairy Foods Association shows that Texas exports $ 486 million worth of dairy products each year. 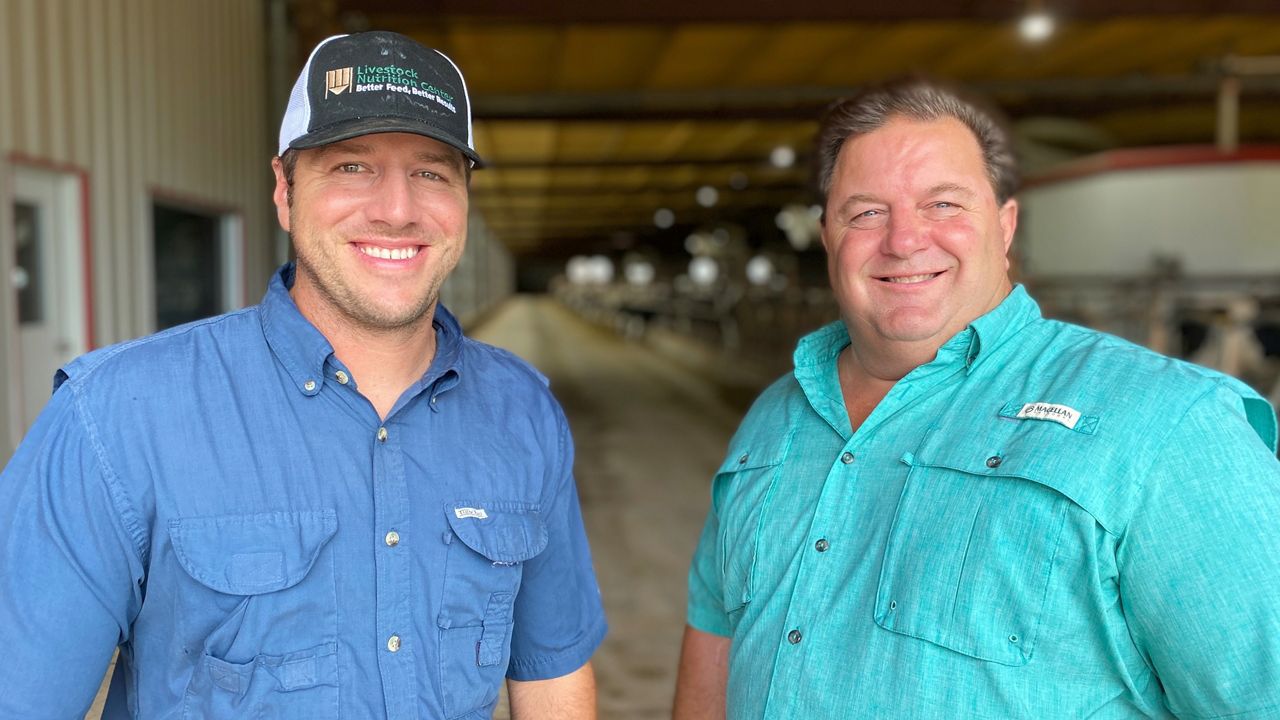 Wolf is excited about the future and believes he is paving the way for a more humane milking with an installation focused on cow comfort.

Owning this dairy farm is a dream come true for Wolf and he plans to continue growing and adapting in the hopes of passing on his passion for this job to his children.

If you have an interesting story or problem that you would like to see addressed, let us know. Share your ideas with DFW Human Interest Reporter Lupe Zapata at Lupe.Zapata@Charter.com.