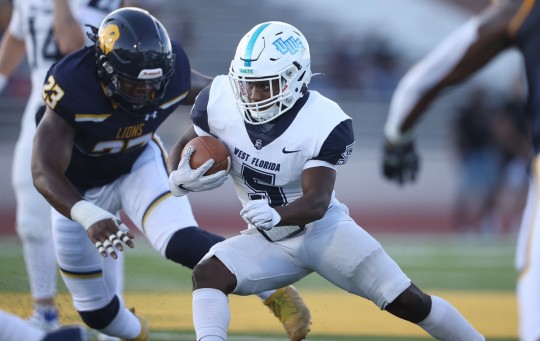 The UWF, which ranked better, scored 21 unanswered points and held the No. 13 Texas A&M Commerce up 67 yards of total offense after the break in a 35-17 victory at Memorial Stadium on Saturday.

Austin Reed threw 274 yards and a couple of touchdowns as he led the Argonauts to score units on five of his eight possessions before ending the game in victory formation within the Lions ’10-yard line. 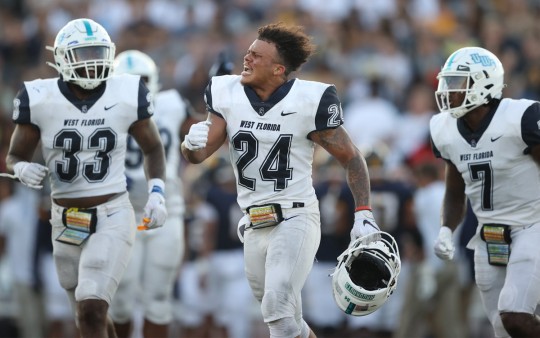 Shomari Mason provoked an aggressive attack with 94 yards on 17 runs and a touchdown. Jervon Newton and Anthony Johnson, Jr., each ran for a score, as the trio combined for 169 yards on the ground and 4.6 yards per catch. Seven of the UWF’s first 12 live ball drops in the second half were on the ground.

The UWF defense was tough throughout the match, but it was put in the clinic in the second half. In addition to limiting A&M’s trade to 231 yards of total offense per night, they fired Jaiave Magalei five times and forced two losses in the fourth quarter. Trent Archie had eight tackles and two sacks, while Stephon Williams also had eight stops and one sack.

The Lions played a deliberate ball control offense in the first half, using 17:53 possession time to gain a 17-14 lead, including taking advantage of a kick off in the final minute of the half that resulted in a field goal. But the UWF defense forced A&M Commerce to score after six and three plays, which allowed Argo’s explosive offensive to begin.

Reed led scores of eight plays, five plays and five plays while building the big lead. Newton and Mason each reached the end zone and David Durden remained intact as he took a 19-yard crossing route to the end zone.

The win extended the UWF’s winning streak to a record nine games, while setting new benchmarks for consecutive road victories and consecutive victories over ranked opponents, both in six games. It was also the team’s fifth straight win on a ranked team as it improved to 10-5 in the race against the top 25 opponents. 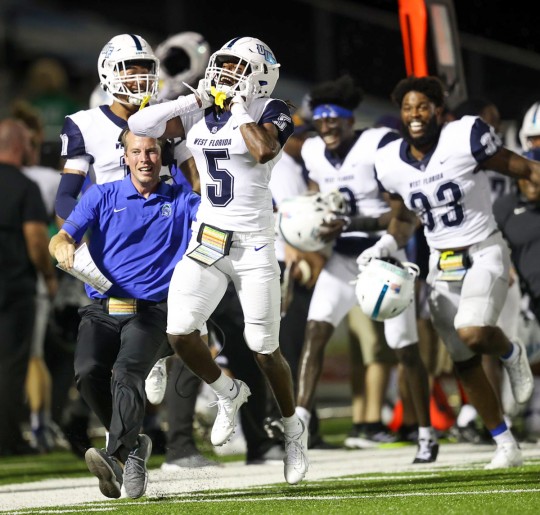 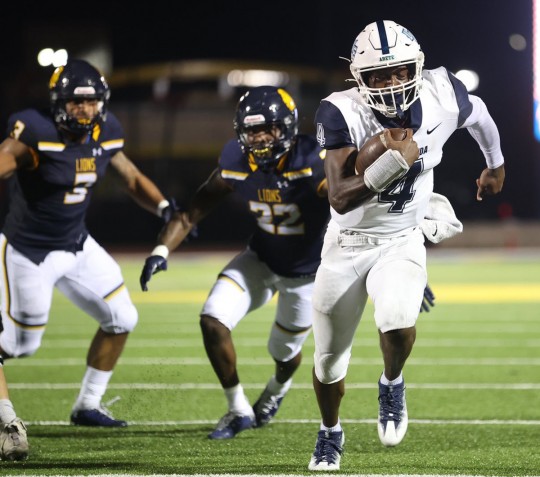